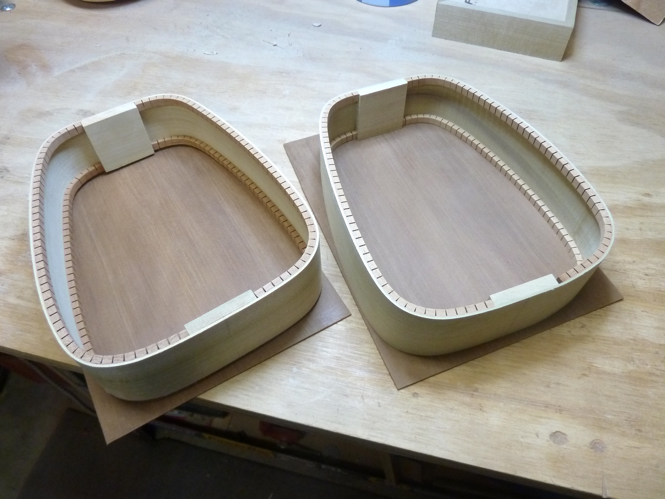 Woolly & Bully are two concert ukuleles that will be our first using “Mammoth Kauri” an ancient reclaimed wood from northern New Zealand. This wood has been carbon dated at 25,000-50,000+ years old and it’s reclaimed wood, dug up out of peat bogs so it’s eco-friendly! How cool is that?

Bodies are bent and kerfed, soundboards are bookmatched, planed and sanded.

Mammoth Kauri wood. Doesn't photograph very well but this stuff is strange when you see it. Shimmery golden bronze. You just have to see it. 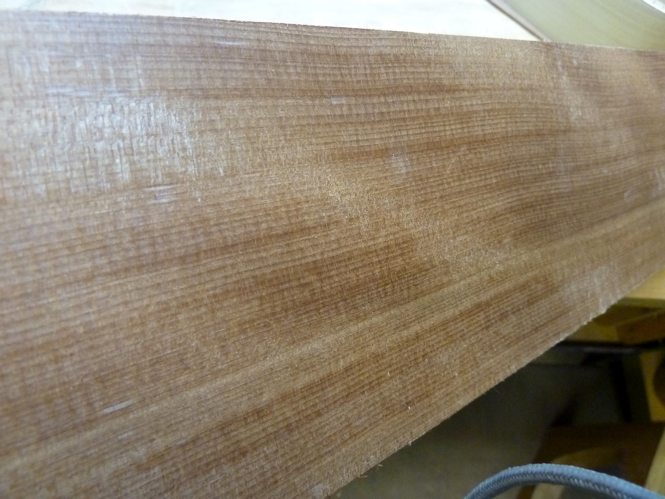 Another shot of the Mammoth Kauri. You can kind of see the shimmer. I can't describe it. It's just weird.

Next step will be roughing out the necks. Smile when you play that!™