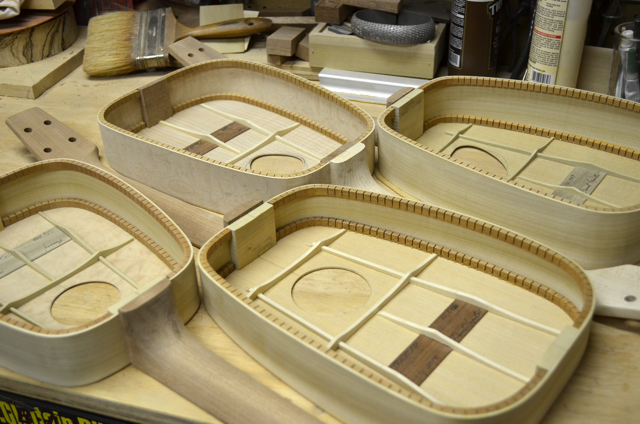 So I was pushing down on some bracing that I was gluing and my ring finger just bent completely backward. If it had been anyone else’s finger I probably would have been sick because it looked horrible, but since it was mine I just thought, “Wow, that’s weird.” I also thought, “Man that looks like it should really hurt.” but in truth, it didn’t. It was just sort of uncomfortable and odd, like a cramp.

Anyway since I was in the middle of gluing and gluing, like music, waits for no man. I smacked it against my leg and it went back into place. It’s a little sore today but other than that, none the worse for wear. So now when I glue braces I don’t use that finger anymore. We’re giving at a rest.

Speaking of gluing braces, we’ve been doing a lot of that lately. Here’s the latest pics from the shop. 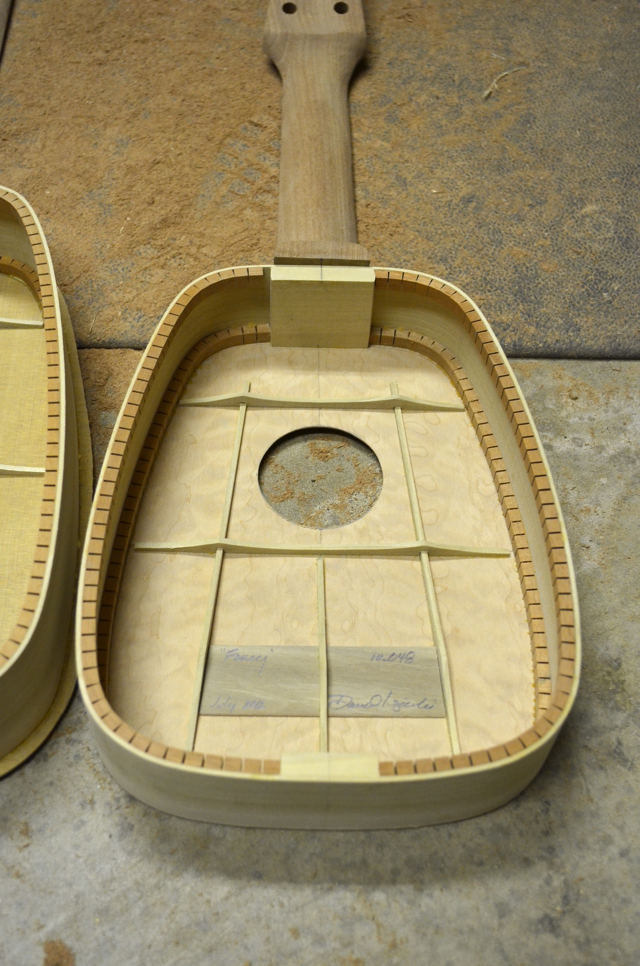 This is “Fancy”. She is a Keystone concert ukulele with a quilted Maple soundboard and our new semi-shallow body. 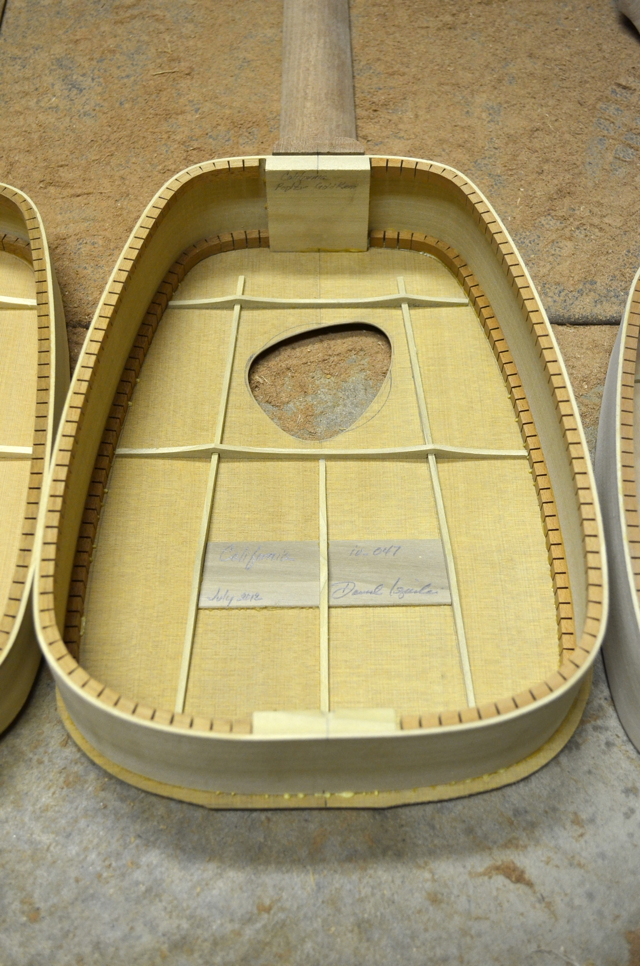 Next is “California”. She is a Keystone tenor ukulele with a golden Kauri soundboard. She is standard depth with a ‘wobbly’ sound hole. 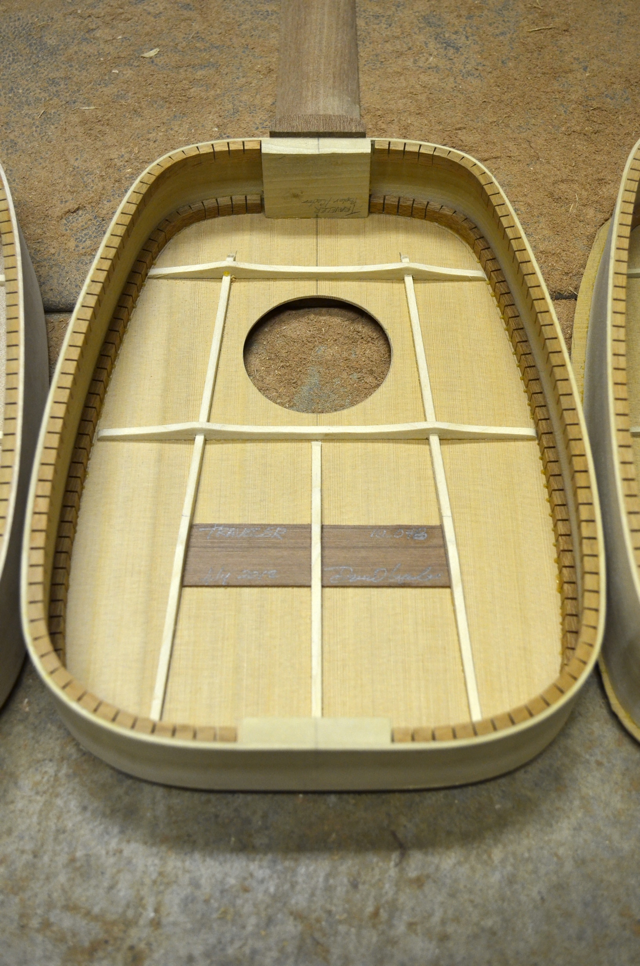 This one is “Traveler”. She is a thin-bodied ‘travel’ ukulele with a one-piece cedar soundboard from our friend Eric at New Wave Ukuleles. 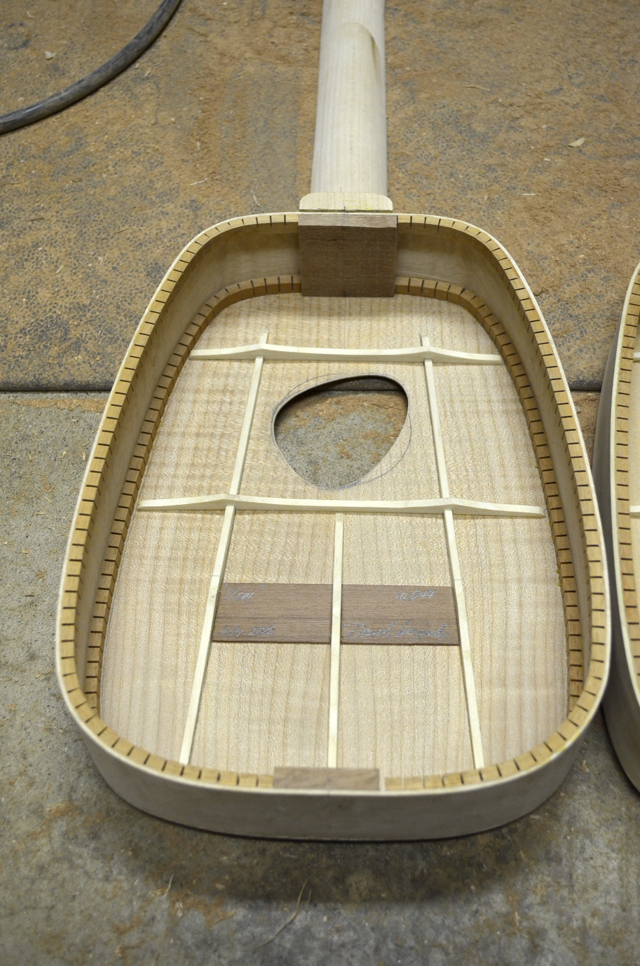 And finally we have “Roni”. She’s a semi-shallow, tenor ukulele with a curly Maple soundboard and our ‘wobbly’ soundhole. We love curly Maple! 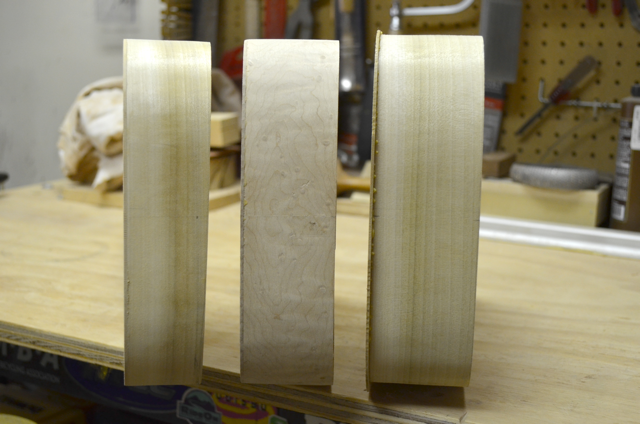 This is an end-view of “Traveler”, “Roni” and “California” You can see the difference in body depth here. Travel size 2″, Semi-shallow 2.25″ & standard 2.5″ approximately. 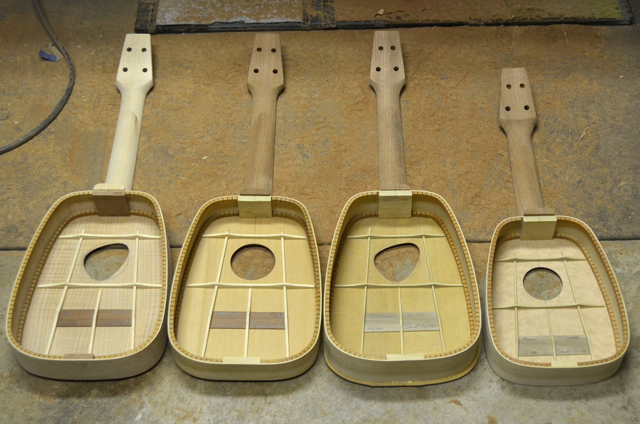 Four Keystone ukuleles moving nicely through the shop. I can dig it!